Anita Johnson made for a charming Treemonisha… 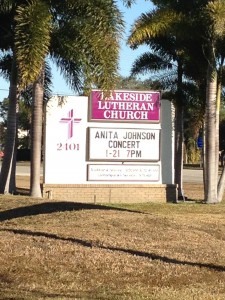 Performed by Rick Benjamin’s highly acclaimed Paragon Ragtime Orchestra & Singers, this will be the first and only historically authentic recording of Scott Joplin’s 3-Act Opera.

Scott Joplin’s Treemonisha is the only opera in existence about the Reconstruction era African-American experience written by a black man who actually lived through it. This fact alone makes it a work of tremendous significance.

Further, Joplin’s score is profoundly expressive and as stylistically unique as anything ever created in America. Through it, the composer vividly documents the echoes of the “field hollers,” spirituals, fiddle tunes, revival hymns, and ancient African dances of his rural childhood, together with the vanished dialects of his people in their rising up from slavery. Treemonisha is Scott Joplin’s statement of deep racial pride and an act of true artistic heroism – his creation of beauty in the face of almost unbearable ignorance, racism, poverty, and physical and emotional pain. His original 1911 materials for the opera were almost entirely destroyed in the early 1960s. But here now is an authentic, historically correct reconstruction of this “Sleeping Beauty of American Music,” performed on this world premiere recording. Listen as Scott Joplin – “The King of Ragtime Writers” – sings the song he wanted America to hear.

ORDER YOUR COPY here or here!

Music is an outburst of the soul.